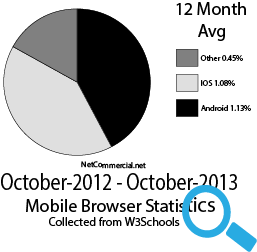 If you are here, you’re probably a web designer. You might be wondering why your Flash video won’t play on your Iphone, tablet, etc. Maybe your Android is a newer version and your newly installed Flash video won’t play on it either. It all boils down to Steve J. and his hate for Flash from back in the day when Flash would crash his Mac operating systems. He never liked flash and cared not to use it. “Drawing lines in the sand” between Apple and Windows.
As consumers, we care not about their profit margins, or opinions, instead we as consumers, would rather have that decision left to ourselves. “Then I woke up”…. Here is the deal, Flash is a great program, it can make movies and games ultra light weight, using scripts to instruct/prompting one’s browser to play an animation on one’s website.
So why would someone buy one mobile device with an IOS that DOES NOT play Flash, opposed to a mobile device with say Windows, that will?  The average consumer buys a platform unknowingly that one IOS does not support Flash and the other will. It is not an issue to the consumer, conversely as web designers and so forth, we kinda have to ‘go with the flow’. OR our stuff won’t be viewable on 100% of devices out there. Although the saturation on the market is not there yet…M.Browser Statistics
However, we as web designers need to overcome this, don’t we? I have read that Adobe, who has just about perfected Flash software to create just about anything you can dream up. Will be attempting to ‘fill the void.’ In the meantime, you may still want links in your animations. That is how I learned about this.

Golden rule #1. Your website needs to be cross browser compatible, like with Fire-Fox, Internet Explorer, Google Chrome, Apple’s Safari, Leopard, and now Mobile devices with IOS. Crazy the non standard, browsers out there. Most of those PC based browsers are pretty compliant with HTML and the way it decodes it into different Browsers. There are still a few codes needed to instruct a browser to ignore script code if using IE, or a different browser, etc. Something a viewer does not see on the page as a browser decodes the HTML for human interface. Maybe that is how Adobe will tackle it?  Create a scripting software that gives an alternative to each type of browser…

When the first Smart phone came out with the Iphone- Droid war, Droid supported Flash, however even Droid is no longer supporting Flash. I think the programmers are staying away from it until this whole thing gets ironed out, or the “next new thing” comes along. Now I know there are a few die hard loyalists out there who buy a brand and stick with it, so you may disagree with my attitude towards Flash and the “next thing”. However in the meantime, you got any better ideas? For our websites to be cross browser compatible with IOS, and all the other Browsers out there we can abandon Flash and go back to simple pics that fade up and out, like a GIF was (circa 1989). C’mon man this is 2013! Any work arounds in the meantime for IOS and Flash?

Kinda…Here is a little work around. Here is a link  to stack overflow, where you will find some bright engineers who come up with some pretty good solves for challenges such as what we are trying to overcome. Basically we want our video to play, without needing a proprietary player, like a GIF does. Along those lines of thinking, lets say we can take our movie, chop it into separate frames. IE: 24 fps would equate to 24 different, chronologically ordered individual stills of that movie, per second of that movie. (Frames Per Second) 1 second is 24 frames x’s how many seconds of animation/ movie you have.
In that link you will find the script to install those individual stills in a progression to appear like a movie. Like a Gif on steroids. Then you would need to make the whole movie an <a href image hyperlink to desired HTML page. Then use the last 20 pics or so and put a graphic on it that says click here. To give the appearance of a movie with a link in it so that IOS users could get a richer interaction.
WARNING, there maybe readable script that should be invisible, when it’s opened with a different browser / IOS. The reason I mention that is when I tried to see what a flash video link looked like in a newer Droid, I had visible Script for “go get flash player” (which should not be shown in a browser) That is that code I mentioned about, when using a different browser.
Kinda challenging, but what are we going to do, take all that motion graphics the consumer has come to expect and abandon it? No more links in our videos? Only a video and then a link below it? That could work, but not as slick as Flash…Where the HTML link is embedded into the movie itself. Branding the video, which in my opinion, is slick and useful. Especially using it on affiliate link sites.

Funny how Apple was the considered the forefront for motion graphics and we are essentially getting into a time machine and creating a GIF when Flash is clearly superior here. Even Youtube allows One to re-wrap your videos over there and annotate captions and use links in your existing videos. So I think we will see some form of a Bridge for Adobe Flash and IOS / Apple. Good news in regards to Windows tablets and so forth.  They are cheaper and support flash and most software applications, at time of this article.  For those of you who have taken a bite of the Apple…Hopefully Adobe will come through with that bridge. Even Nvidia Graphic cards supported Mac’s after a while. Albiet a bit more money for the same GPU for a Mac vs PC. Don’t get me wrong, about being a fan of one over the other. I am just a bit disappointed in Apple trying to abolish Flash for IOS when it truly is a light weight way to use animation on a website. I think with games and coding it will be the way to go.  After all Adobe’s Flash software is done, locked and loaded. Whatever the case, video is here to stay and if you have a website you need to implement it! No matter how many curve balls us designers get tossed our way.

As always due to spambots I need you to use the term -flash won’t play in my IOS.